ShuBangaShow is disheartened to report that after suffering a heart-attack that left him in a vegetative state for 5 days, legendary rapper/actor DMX has passed on.

He is survived by his 15 children and a multitude of family and friends. The Hip-Hop community is devastated by this loss.

After X’s hospitalization, WAAH DEAN, the CEO of RUFF RYDERS organized a vigil in front of White Plains Hospital in N.Y. for DARKMAN where hundreds of his family, friends and fans came out to spread positive energy and lift X up in prayer. Bikes and ATVs revved their engines, cars and trucks blared his music and people threw up the X in his honor.

A veteran in the Rap game, his debut album, “It’s Dark and Hell is Hot” was released in May of 1998 and featured the smash single, “Get At Me Dog” followed by his sophomore effort, “Flesh of My Flesh, Blood of My Blood” released just seven months later in December of 1998 spawning another major hit, “We Don’t Give A Fuck” ft. The LOX. Both albums were certified multi-Platinum.

Throughout his wildly successful career DMX sold more than 74 million records worldwide, 14 of them certified platinum!

X was a highly talented emcee and songwriter who spit original, gritty rhymes. He used Hip-Hop to express the struggles he faced in his personal life, exposing his weaknesses and demons on tracks like, “Slippin’” and “Who We Be“. He proved his versatility on lighter tracks like “Party Up” and “How’s It Goin’ Down” ft. Sisqo a song for the ladies.

Fans were drawn to his authenticity, hard delivery and of course his famous growl…’GRRRR’

X’s energy level and stage presence were unmatched as he sold out arenas across the globe. If you never experienced a live performance by DARKMAN, you really missed out on something special.

His universal appeal and natural gift for dramatics led him straight to the silver screen to feature in big-budget films such as Belly, Romeo Must Die, Exit Wounds, Cradle 2 the Grave and Last Hour. He also starred in his own reality television series DMX: Soul of a Man.

DMX is the epitome of perseverance. No matter how many times life knocked him down, he got back up and came back even stronger. He let the world into the darkest places of his heart and mind through his music as he prayed to GOD for deliverance from his demons.

How many of us are brave enough to shed light on the worst parts of ourselves in front of the whole world? I’ll wait…

Let us remember DMX as the legendary and iconic game-changer that he is and applaud his many, many accomplishments in the music and film industries.

DMX received 3 Grammy nominations, 5 MTV Video Music Award nominations, he won 3 American Music Awards, appeared in 19 films, 18 television shows, his voice role and likeness were used in the DEF JAM VENDETTA video game and published his autobiography entitled, E.A.R.L.: The Autobiography of DMX. At the time of his death he was preparing to release a brand new album.

We will not judge this King, instead we will celebrate his life, music and legacy. We will pray for his soul and pray for the beautiful children, fiancé and family he left behind.

DMX is one of Hip-Hop’s most beloved sons. The world will mourn the loss of THE DOG forever.

In X’s own words, “I AM HIGHLY FAVORED BY GOD, I EXPERIENCE GREAT VICTORIES, SUPERNATURAL TURNAROUNDS AND MIRACULOUS BREAKTHROUGHS IN THE MIDST OF GREAT IMPOSSIBILITIES.”

EARL SIMMONS aka DMX/DARKMAN/THE DOG/X you are deeply loved and will be greatly missed. Rest in Heavenly Peace and Power King. 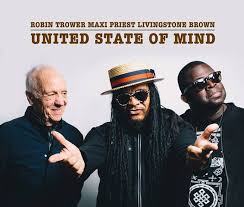 I had the pleasure of conversing with the incomparable MAXI PRIEST about his latest project, “UNITED STATE OF MIND“, an album he composed alongside ROBIN TROWER and LIVINGSTONE BROWN. “This project is a musical journey, the title says it all. The world is hurting right now. We are dealing with racism, oppression and Covid-19. We are all thinking of a new way and trying to adjust to the times.”

MAXI PRIEST is an international superstar who gave rise to reggae fusion and has achieved an immense amount of success throughout his career. ROBIN TROWER is a brilliant blues and hard rock guitarist/vocalist and front man for The Robin Trower Band. LIVINGSTONE BROWN is an ingenious multi-genre musician, producer, mix engineer and songwriter.

“ROBIN, LIVINGSTONE and I came together and created a beautiful piece of work. We brought our skills to the table and made an album that was designed to touch different emotions, to make you think and to make you question things. Music is beautiful. It opens you up to a different vibration in your mind.”

The three talented artists who collaborated on this album come from very different walks of life, yet they are all echoing the same cry for the end of oppression and peace in the world. “UNITED STATE OF MIND” is an important album that embodies everything that is going on in our world today. Each of the nine thought-provoking tracks deal with a prevalent social issue and/or the emotional state it brings about. The title track, “UNITED STATE OF MIND” describes what we should be working towards achieving as a people while Track #2, “ARE WE JUST PEOPLE”, asks the open-ended question, are we just people or is there really something more to be found?

“We are in a time where we have to re-address our current situation and decide how we’re going to move forward. Honestly, I feel there is a large part of us who want to see unification and change, then there is that power who does not necessarily want the same thing. This album speaks for the people.”

MAXI is no stranger to working with various artists from alternate backgrounds and never wanted to be pigeon-holed into one genre of music. Being the son of a mother who loved gospel music, a father who adored country-western music and eight siblings who listened to everything from R&B to Reggae to Hip-Hop expanded MAXI’s musical palette. He has made music with the legendary Roberta Flack, dancehall king Shabba Ranks, jazz guitarist Lee Ritenour and R&B singer Joe. “I’ve always had an open-mindness as far as who I want to work with. There are no limitations to my art. I don’t allow color, class or race affect who I work with because I am of God. I wanna sing with everybody and share a vibration with them. My list doesn’t stop!”

Even as a child, music was MAXI’s special friend. “Music was my special friend that I turned to when I was sad, happy or just wanted to be. Singing was my solace.” He spent a lot of time watching musicals to feed his keen interest in understanding the art of singing. He listened to and studied the singing styles of Dennis Brown, Frank Sinatra, Luciano Pavarotti, Bob Marley and many others. “I appreciate music in all its shapes and forms and I learn from it daily. Even at this stage of my career I am still learning.”

The self-proclaimed worldlian receives joy from sharing his experiences and taking the world on an emotional journey through his music. “I am a worldlian, I am a part of this world. I am a part of God’s world. I can grow and fly and open up roads to help my people grow. It is my job to create a path for the next generation so they can see the world clearer. Let’s all live, feel and grow with the beauty of life with music as our soundtrack.”

Due to Covid-19, people around the world have been forced to slow down the pace and take a step back. Now, more than ever, people are spending quality time with loved ones, exploring their passions and actually sitting still long enough to appreciate the comfort that good music brings. “Covid has made us made us all take a break. We were running 100 miles per hour! People weren’t listening to music and its lyrics, they were watching music….then here comes Covid. It opened up the door for “UNITED STATE OF MIND“. I could have never asked for this album, it presented itself. LIVINGSTONE, ROBIN and I were gifted with this opportunity to help heal the world. The world is in a somber situation and music is a key part of restoring the peace.”

Peace and quiet are high on MAXI’s list of priorities, as he finds space for creativity in silence. “It may sound odd but I listen to silence. Silence is golden, it inspires me. It allows me to create and originate ideas for new songs. I’m actually working on some new music right now, an Afro-Beats album and a Gospel album.”

The fans are already all worked up over “UNITED STATE OF MIND” which is quickly spreading across the mainstream. Now we get news that MAXI PRIEST has more new material on the way…AWESOME!

“UNITED STATE OF MIND” is currently available for download on all digital music platforms including iTunes, Tidal, Pandora, Spotify and Google Music. Check it out! 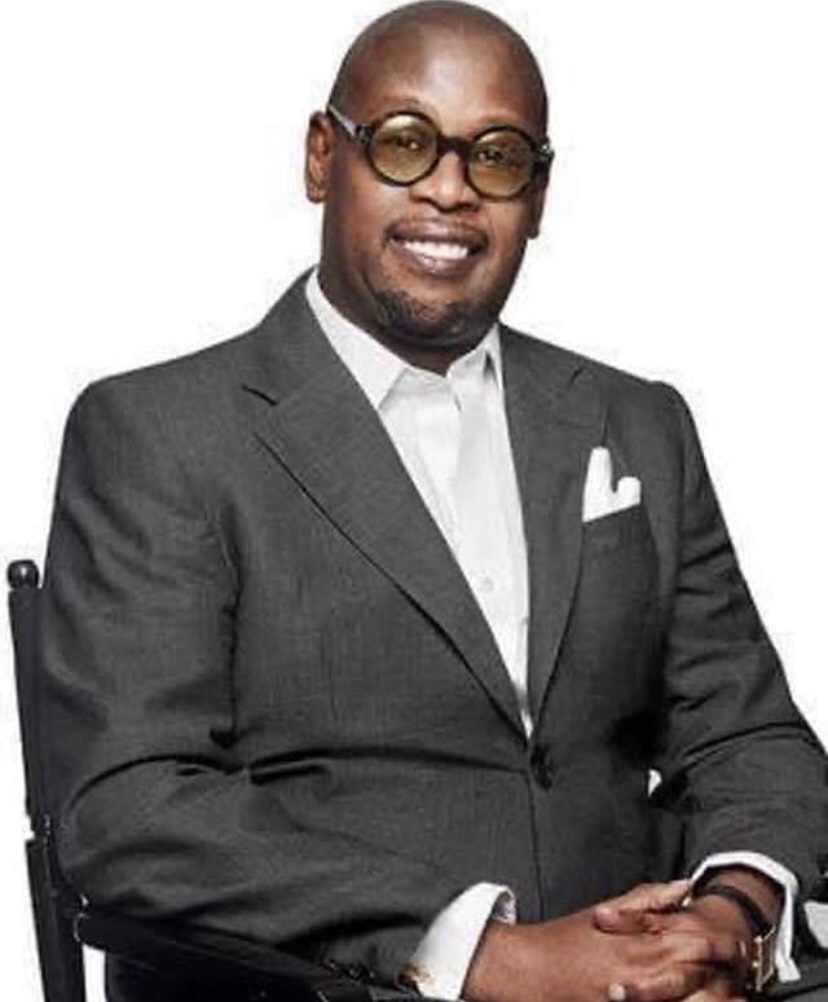 On May 8, 2020 Hip-Hop lost a giant, ANDRE HARRELL, founder of UPTOWN RECORDS, former president/CEO of MOTOWN RECORDS and one half of Hip-Hop duo DR. JEKYLL & MR. HYDE.

ANDRE was born and raised in the Bronx, N.Y. He was an ambitious young man, determined to be successful despite his humble beginnings. After graduating high school and attending Lehman College for a couple of years, he dropped out to pursue his dream of becoming a newscaster. He would soon morph into so much more…

Everything changed when ANDRE met Russell Simmons and began working for Def Jam. Within two years his intelligence and drive earned him the title of vice-president and general manager.

He pioneered a new sound fusing Hip-Hop and R&B that would shake the world and he wouldn’t stop at music. He also developed the 90’s hit drama series “New York Undercover“, starring Malik Yoba and Michael DeLorenzo, and produced numerous soundtracks for Universal Pictures and Universal Television.

More recently, ANDRE served as Vice-Chairman of Revolt and was instrumental in launching the Revolt Music Conference. A true visionary, he was always creating and expanding the Hip-Hop movement.

He unselfishly contributed so much of himself and his talents to the industry. The extensive catalogue of music and media created and produced by ANDRE’s record labels and entertainment groups are a major part of Hip-Hop’s culture and history.

His mantra was simple, “Success isn’t just about what you accomplish in your life, it’s about what you inspire others to do.“ Mr. ANDRE HARRELL, your influence will forever be felt. We send our deepest condolences to his family, friends and loved ones. 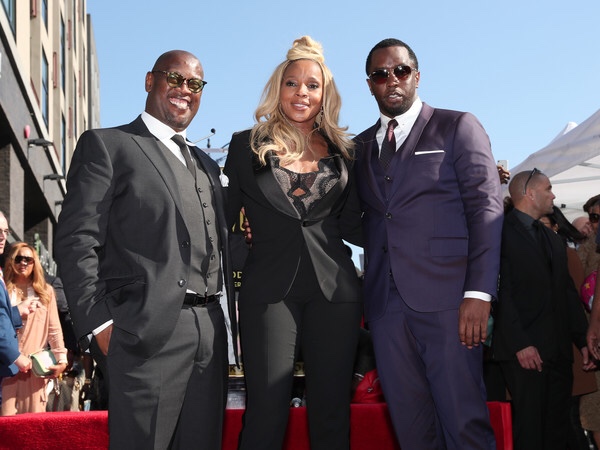