Skip to content
Posted on January 6, 2020 by Shu Banga
Coopuh The Savage, Boobie Holiday, Unoway, Dark Reign Royalty and Fresh Prince of LI: DJ Tone all blessed the stage.
Among those also in attendance were HG Donye, King Charles, FNYK and HG $wagg of Hamptons HG movement and Hip-Hop Legends, Royal Flush and Tragedy Khadafi.
TOYS FOR THOTS was a huge success! The event helped to collect over 2,000 toys, clothes, books. Significant monetary gifts were also donated by SAM GARNES (former NFL Player/co-host of The Ryan Show FM) and rapper L.I.V.E.
This amazing night of giving benefited the amazing children of the ‘Empowering Youth Towards Excellence Organization‘ In Brooklyn.
Collective Work and Responsibility (UJIMA) is one of the KWANZAA principles they practice at E.Y.T.E. and this event was a shining example of it!
The Ryan Show would like to thank everyone who attended the event and donated gifts, money or their time to make TOYS FOR THOTS possible!

On behalf of Ryan Verneuille, Hamptons Dave and Mr. Cheeks, we wish you all a most prosperous, blessed and safe New Year! 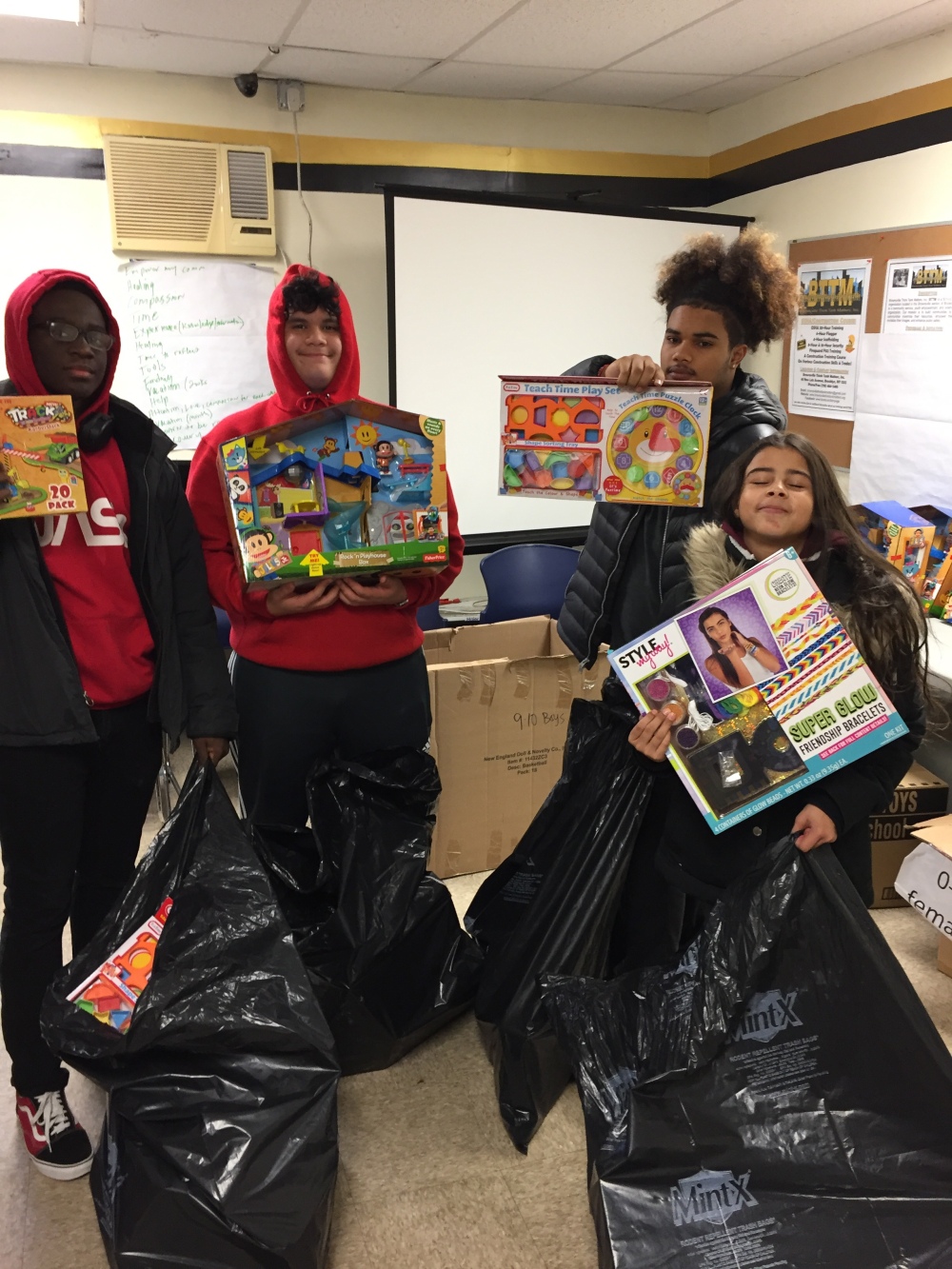