New R&B crooner FRANK VOCALS hails from Boston, M.A.  His music clearly fills a huge void in the male R&B/Soul category.  His songs boast honest, candid and explicit lyrics served over deep, melodic bass beats and soothing harmonies.  His music speaks for the grown man who wants to be allowed to express his feelings and be passionate without his ego being bruised or being labeled as “soft”.

FRANK grew up in a musical family.  His mom used to sing, his cousin was a DJ and his uncle was an artist as well.  His grandparents were heavy into gospel music and it rubbed off on him. “I’ve just always been around music.  It’s in me, it’s who I am.”
His style was impacted by different genres of music, including Gospel, R&B/Soul, Jazz and Hip-Hop/Rap.  His musical influences include James Brown, Mary J.Blige, Jagged Edge,  R.Kelly, Jodeci, The Notorious B.I.G., Jay Z and Kanye West.
“I respect everyone’s talent, current and old school, and I listen to all genres of music.  I’m always  intrigued by how other artists paint a picture and get their point across.”  Frank’s music effortlessly fuses these different styles to create his unique sound.
In 2004 FRANK began creating his own brand of soulful R&B that sets him apart from other artists.  “If you happen to be tapped into to your soul, you can feel my music as soon it comes on.  Whether you like it or not, you can feel the sincerity.  The music industry I grew up loving had so much more variety and flavors, flavors that music lacks today.  So as an artist I make sure that I stay true to myself and do my part to give my audience a unique vibe that they can hold on to for a life time.”
When asked to describe his sound, FRANK replied “I prefer to let people describe the sound and how it makes them feel.  If I had to, I would say that “BOOM “ is an accurate description of my sound.  It is the heaviest, hardest hitting, soul rich content we’ve heard in a long time!  My music is a feel, a vibe…the soul food of the future.”
He is currently working on a few different projects.  He has a new EP  and an album in the works and will be going on tour later this year.  “My main goal is to stay busy and touch as many people in the universe as I can with my songs.  And of course I’d love to bring home a few Grammy awards in the future!” (Laughing)

FRANK VOCALS’ double EP, “CAN I BE FRANK WITH YOU“, is a musical account of his life, love and journey.  Tracks like “Get Right Back“, “Swerve“, “System” and FRANK’s personal favorite, “Don’t Go“, will surely have you in the zone. 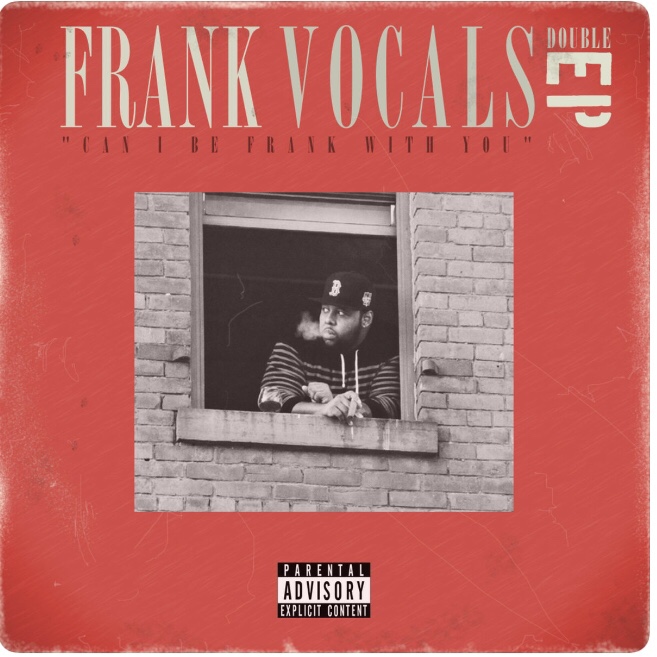